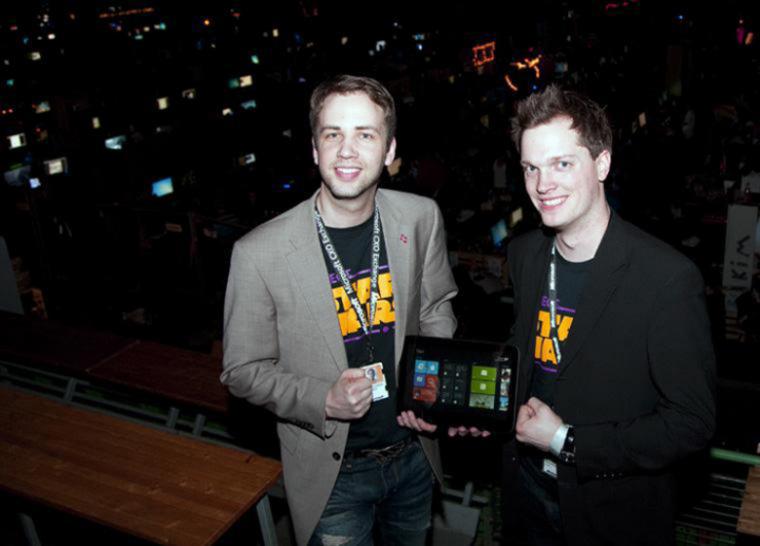 Photo: Simen Olsen - “We did it”. Microsoft's Håvard Haukeberg celebrates the world record.

- Over 500 virtual private servers on Windows 8 in a test enviroment is a brand new record, but it's still impressive. No country in the world have ever added so many VPS in such a short time span, says Microsoft representative and Windows guru Håvard Haukeberg.

Everyone who got themselves a VPS will be able to test the system for free for three months. The aim of the project is, according to Haukeberg, to show how fun it is to code with Microsoft technology.

- We want to stimulate people to create the web services of tomorrow. So-called consumerisation is important to Microsoft; the ability to consume content and services whenever and wherever, says Haukeberg.

He doesn't hide the fact that Microsoft also has the app market for Windows 8-tablets in mind.

- I hope the ones who got themselves a VPS will test the system properly. It's easy to use, and offers a lot of possibilities, Haukeberg says.

He is certain that The Gathering's participants will create great websites on the system.

- We will give away awesome prizes to the five best websites. We will also randomly hand out some Xbox 360 consoles and Kinect systems.