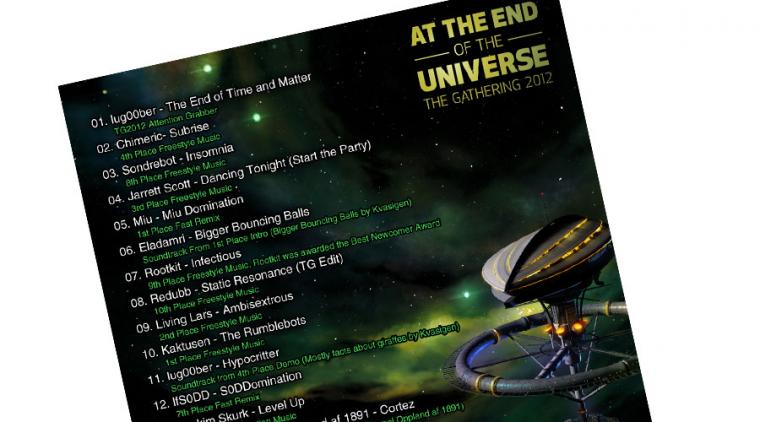 It has become a tradition, and it's back once again! Presenting: The Gathering 2012 Music Disc
Creative lounge
Text: Kristoffer Nes Langemyhr  – Apr 10, 2012

The last couple of years, we've managed to release a Music Disc containing the best music from the creative competitions realeased at The Gathering. And 2012 is no exception. The Gathering 2012 Music Disc contains such tracks as the attentiograbber - The End of Time and Matter - from lug00ber, the winner of the freestyle music compo Kaktusen's The Rumblebots, Chimeric with Subrise and much, much more!

So, what are you waiting for? Go download the songs from ftp://ftp.gathering.org/TG/2012/MusicDisk/ or the whole music disc as a .zip-file.