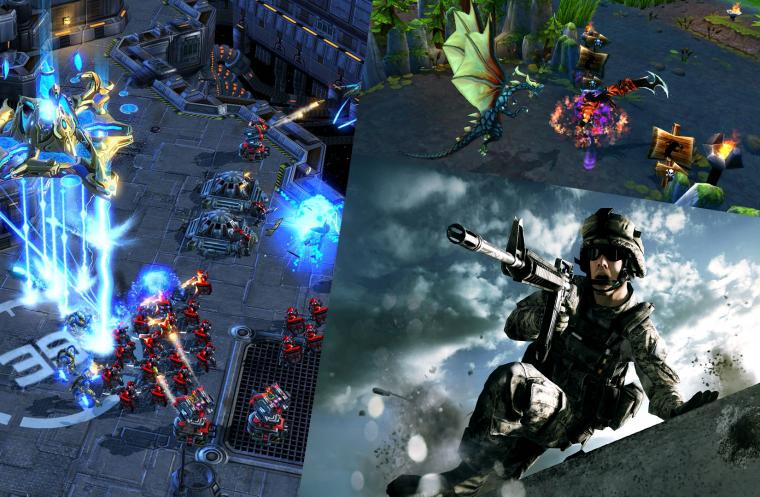 Blow the dust off your keyboard!

Here's the three first tournament games for The Gathering 2012.

The Gathering will, as previous years have tournaments in a selection of games, and it is with great pleasure we announce the first 3 games:

StarCraft II is a RTS-game developed and released by Blizzard Entertainment. As a sequel to the extremely popular game StarCraft, it has grown to become one of the top e-sport games of its time. With regular matches of amazing plays and tactics, we are truly looking forward to seeing the players compete.

League of Legends is an action RTS/MOBA-game developed and published by Riot Games. Featuring arena styled 5v5 matches in the «fields of justice», focusing on teamplay, countering the opponent as well as good tactics, we are eager to see teams step up to show what they are made of.

Battlefield 3 is an award-winning FPS developed by EA Digital Illusions CE and published by Electronic Arts. Battlefield 3 features the combined arms battles that made the series extremely popular. With action-packed close combat, fighter jets, and a wide range of vehicles, Battlefield 3 is sure to bring some action to The Gathering 2012.

Keep updated
More information about the tournaments, schedule, rules and how you can compete will be published on gathering.org in the coming weeks, so stay tuned to secure yourself a spot to compete in the tournaments!

As we move closer to The Gathering 2012, we'll be announcing more game titles that you can compete in. That means that if your favorite game isn't among the top 3, there's still a chance it will be announced as we move closer to easter. Our hope is to see all battle hungry participants eager and ready to register and take part of this years gaming tournaments at The Gathering 2012.

Questions and feedback
We encourage everyone to check the Game pages on gathering.org to stay up to date, and if you have any questions or feedback, feel free to leave them in our forum.