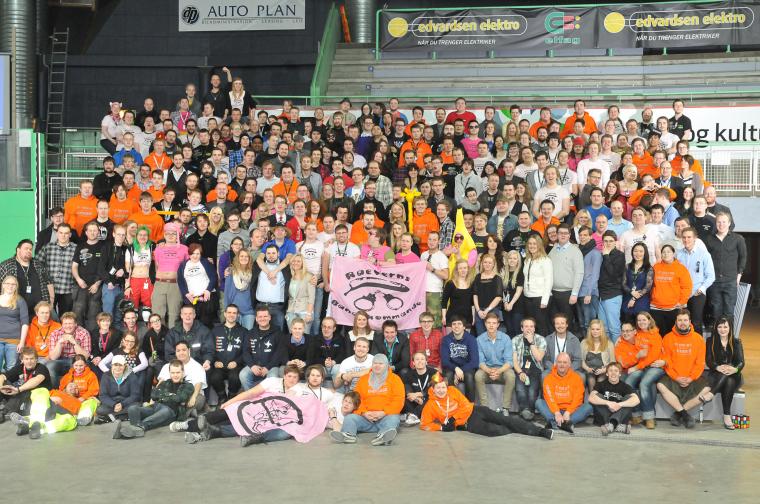 Do you want to make The Gathering 2013 the best TG ever? If you do, you should apply for a crew position.

Do you want to be a main organizer at The Gathering?

KANDU, the organization behind The Gathering, is looking for «old and experienced» and «new and creative» souls to be part of the management team for The Gathering in 2013 and 2014.

– Apr 16, 2012
Read all about winners and more, in the last edition of the The Gathering magazine.

Text: Sigurd Sveen  – Apr 8, 2012
Here are the results from this year's creative competitions

– Apr 8, 2012
As every year our great friends down at Creativia create attention grabbers to rock your socks off. We've got it available for you on ftp now.

– Apr 8, 2012
We've made a map that describes the driving pattern for the parking lot on Sunday. 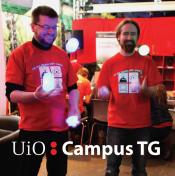 – Apr 7, 2012
See the final match of the TG12 StarCraft II tournament in the auditorium.

The 4th edition of The News Gathering is here, with the latest and greatest from The Gathering.

Continued cooperation with the Police

– Apr 7, 2012
The Gathering has always been and will always be a drug-free event. This is one of main reasons why we have a strong cooperation with the local police here in Hamar. We believe that the participants should get the best experience possible while they're here at The Gathering.

A sad and inaccurate case

Text: Vetle Halvorsen  – Apr 6, 2012
Friday afternoon the national media in Norway gave us some sad news, participants at TG were apprehended by the police for using illegal substances.

– Apr 6, 2012
In this edition of TNG you can read about the arrival of the participants, who the StarCraft II casters believe have the best chance of winning, and what caffeine does to you, among other things.

Text: Roger Antonsen  – Apr 6, 2012
UiO is holding a wide range of lectures. On Friday you can learn more about things like how to build a computer, take a crash course in Japanese, or maybe learn more about regular expressions.

– Apr 5, 2012
A quick survey from Lillehammer University College could earn you some cash if you answer it

Translation: Kristoffer Nes Langemyhr  – Apr 5, 2012
Are you over average interested in gaming? Do you want to win a giftcertificate for 1000 NOK. Take this quick survey from NTNU

100 000 NOK to the Winners of this creative application competition

– Apr 5, 2012
A small group of participants arrived by air this year. Click to see the video of the helicopter landing, and the interview following.

– Apr 5, 2012
Producer Jørgen Vigdal has made his own personal favorites among the many entertainment and courses that will be held during TG2012. We encourage you all to check them out.

Milliways Q and A

Translation: UiO  – Apr 5, 2012
UiO has some great lectures and courses today, take a look at their schedule here

Text: Sigurd Sveen  – Apr 5, 2012
Altibox is running a competition where you, among other things can win a laptop worth NOK 48000.

Text: Sigurd Sveen  – Apr 5, 2012
Our Creativia crew has put together a slideshow of the best entries from previous Freestyle Graphics competitions.

Wuhu, the compo system for this year's Creative competitions is now ready!

– Apr 5, 2012
The last details regarding the meal tickets are now ready, including the menu and how to claim your prepaid ticket.

– Apr 4, 2012
Game serves streams with both Norwegian and English casters this year.

Text: René Råen  – Apr 4, 2012
One of our kind sponsors will give out one ipad to the winner of the Blix solutions puzzlegame

– Apr 4, 2012
MAT0001: Icecream out of liquid nitrogen
The fun way to make icecream! How does one boil ice at -79 celsius? Come to this lecture and get free icecream and answers to these questions!
Today, Wednesday, kl. 20.30 ved UiO: Campus TG 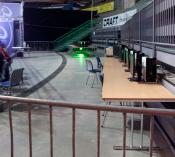 Text: Dawn Patrick-Brown Translation: Remy Bredesen  – Apr 4, 2012
If you want to participate in the game tournaments remember to sign-up before the deadline.

– Apr 4, 2012
Participants using Windows Vista may experience problems with their internet connection, our tech crew is aware of the problem and working on a fix. The fix will be announced as soon as it is read.

– Apr 4, 2012
The schedule for lectures, stage happenings, competitions and more is now online.

Text: Remy Bredesen Translation: Simen Thommesen  – Apr 3, 2012
Gamers can be creative too! Do you game and want to do something creative?

– Apr 3, 2012
Help one of our sponsors by taking a quick survey for them and you can win a new iPad and a gift certificate.

Changes in the driving pattern

– Apr 2, 2012
Some changes have been made to the driving pattern to The Gathering due to roadworks.

Text: Marte Svalastoga  – Apr 1, 2012
Our tech:organizer Marcus Sæthershagen has been in Vikingskipet since Friday, and has rigged up his webcam.

If you're not able you attend this year's TG, you can tune in from your very own living room.

Text: Vetle Halvorsen  – Mar 31, 2012
Our very own in-house magazine, The News Gathering (TNG) is back. (Norwegian only)

Text: Eskil Hadland Translation: Sigurd Sveen  – Mar 27, 2012
Like previous years KANDU:Chillout organizes a Nerdswim during The Gathering 2012, at Ankerskogen, A notable change this year is that you need a bracelet to get in. 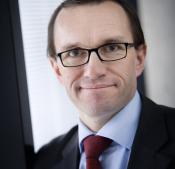 Fastest in the universe

– Mar 1, 2012
The Gathering beats the Swedes and the rest of the world's computer parties with the fastest internet access in the universe, with 200 Gbit/s.

Our great designers Therese Hansen and Rikke Jansen are now working on making your desktop pretty with an official wallpaper featuring this years theme, and they are expecting it to be ready in about a week.

What resolution would you prefer? Tell us in the comments.

Do you want some of our stuff?

Text: Nicolai Rosdahl Tellefsen  – Feb 7, 2012
In that case, you better take a look at this year’s The Gathering merchandise at geekevents.org.

Welcome to the end of the universe

It’s finally official, with the tagline “At the end of the universe”, The Gathering 2012 will take you to places you’ve yet to experience.

Crew For A Day

Text: Pia Fiskaa Vestby Translation: Sigurd Sveen  – Jan 30, 2012
Want to see what it's like to be part of the crew at The Gathering? Try it for one day with CFAD.

KANDU invites you to an exhibition

Here are the dates you need to know, this post is subject to updates. Latest update february 10th, 1 am.