UiO: We <3 playing with science!

Mar 30, 2013
These are the lectures and activities from University of Oslo Saturday.

Miu rocked the stage last night, and held a concert that shook the entire arena. A video recording of the entire performance is now online. 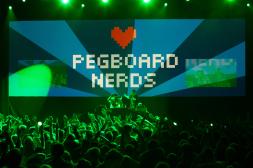 The man behind the Bass

There will be lights on stage tonight: Miu's back! 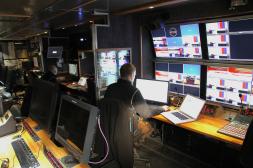 The Gathering in HD

Mar 24, 2013
A presentation of some of the work behind producing The Gathering in HD 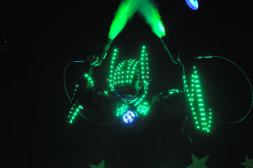 Mar 23, 2013
Miu is back. After a legendary performance last year, we're proud to announce the return of The Gathering veteran and long standing demoscener Magnus Sørlie. 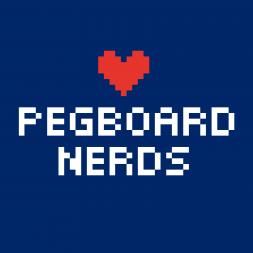 Mar 12, 2013
We’re proud to announce that we’ve managed to get a hold of these two musical comets at this years The Gathering. Pegboard Nerds, a duo consisting of seasoned TG participant Alexander Odden and Michael Parsberg are currently reaching out to millions on youtube with their electronic music. 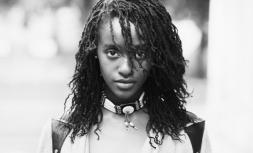 Amina Sewali to The Gathering 2013

Mar 10, 2013
This year at The Gathering, we have the pleasure of introducing you to Amina Sewali. This multi-talented lady promises you a mixed show of beatboxing, soul, pop, jazz and R&B. 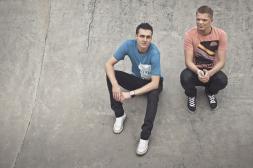 Mar 6, 2013
«The party never really starts, ‘til the saints go marching in» - a humble quote from
Kobojsarnas latest single – Saints. This year, they’ll be performing their holy eurodance live
at the main stage in the Vikingship during TG.

Lectures and courses from Uni. Oslo

Mar 6, 2013
Is it possible to build a computer in Minecraft? Learn something about everything with a little help from the University of Oslo! 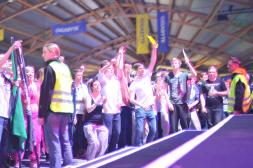 Are you ready for the biggest Harlem Shake in the world?

If you haven't been able to contribute to the internet meme Harlem Shake yet, there is no need to worry. This easter, you will have your oportunity to participate in the worlds biggest unoficial Harlem Shake at The Gathering.