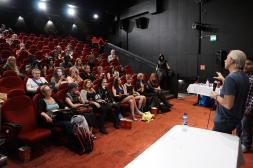 Aug 26, 2013
Here's the pictures from the premiere event for "The Mortal Instruments - City of Bones".

Aug 15, 2013
This article is only available in Norwegian here.

Apr 2, 2013
Magnus Sørlie aka Miu has now uploaded the full version of the song "The Emergence of Superintelligence" used as an attention grabber at TG13.

Apr 1, 2013
If you were so unfortunate to lose something, pherhaps into a Singularity, please send us an email at info@gathering.org.

Remember to pick up your merchandise

Mar 31, 2013
If you've bought TG merchandise through geekevents, remember to pick it up at ChillOut before 3 am.

See your postcard from TG13

Mar 30, 2013
Unfortunately, this year's party will be one hour shorter due to daylight saving time. 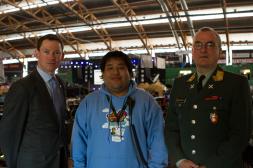 – These are future of Cyber Defence

Mar 30, 2013
The Cyber Defence League was impressed by the creativity at The Gathering.

Win a ticket to TG14 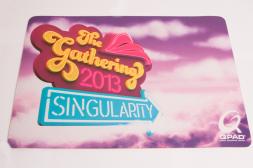 You can now get your merchandise

Mar 29, 2013
If you've ordered merchandise through Geekevents you can go to ChillOut to pick it up after 14:00.

Win a bird's view of TG

Can you help Cyber Defence?

Mar 29, 2013
The Norwegian Cyber Defence is present at The Gathering, and they want your ideas for new tools.

Mar 29, 2013
The third edition of The News Gathering is up. Unfortunately, this magazine is only available in Norwegian.

Mar 29, 2013
The first part of the compo case for TG Programming Championship is now up!

Distribution of merchandise is delayed

Mar 28, 2013
If you've ordered merchandise through geekevents.org and wonder where you can get your clothing, towels, mousepads and already paid for effects - this has been delayed until further notice. We will announce it through the PA-system and on the information boards in the south and north end of the ship when it's available.

Yes, you can trade in your cooler bricks!

The 2nd edition of The News Gathering is here

So you like to play World of Warcraft in your superpimped one-of-a-kind gaming environment?Does your shelf have what it takes to reach the top end of our "Pimp my Reol" compo?

This is Cosplay! Awards!

Mar 27, 2013
All you need to know about the Cosplay competition.

Mar 27, 2013
For those who have meal tickets, breakfast is served from 8 am to 11 am, and dinner from 3 pm to 6 pm from Thursday until Saturday. For those with a Fjordland ticket, food is available between 11 am and 8 pm.

Live stream from the stage

Mar 27, 2013
The themes for fast graphics competition will be announced at 9 am Thursday morning, and the deadline is at noon.

Do you have an extraordinary outfit or costume? 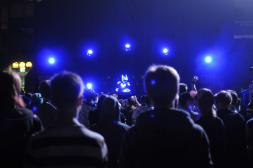 First evening – are you ready?

Mar 27, 2013
The schedule for the evening is filled with events. Get the summary of what you should see and do here.

Are you using the right IP version?

Mar 27, 2013
Are you experiencing that websites you are visiting thinks you're in the wrong country? The solution might changing from IPv4 to IPv6. Here's how you fix it.

Mar 27, 2013
when you're participating in the creative competitions it's important that you read the rules

Mar 27, 2013
Are you traveling by car, and able to postpone your departure? We would appreciate it if you did.

Mar 27, 2013
For the first time ever, The Gathering has a wireless network. The password can be found here. 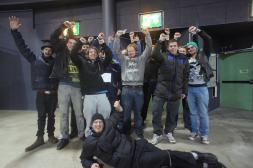 First participant checks in at The Gathering

Mar 26, 2013
The test check-in was completed, and all systems works as expected. 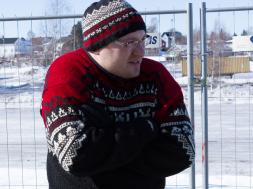 Mar 26, 2013
The Gathering 2013 is soon to get started, and the doors will open shortly. Considering the weather, there are a few things you need to keep in mind. 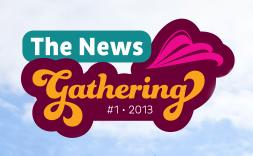 The News Gathering is back!

This year's first edition of our magazine, The News Gathering, is here. Download it and read all about arrival, creativity and much, much more. 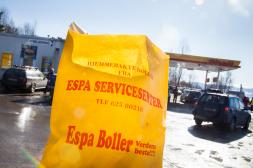 Mar 25, 2013
Nobody sells as many buns as Shell Espa, and they're giving you a taste for free. 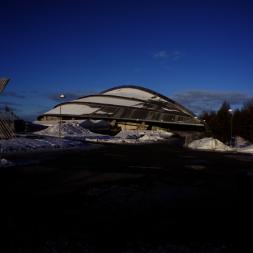 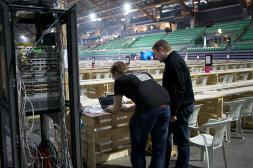 Mar 14, 2013
With faster uplinks and a 30 GBit/s internet access, you will have a better internet experience at TG13 than ever.

Get Fjordland’s coupon booklet, and you're guaranteed great dinner every day throughout the week of The Gathering.

Jan 26, 2013
You can join The Gathering on the premiere of Tommy Wirkola's new Hollywood movie in Oslo! 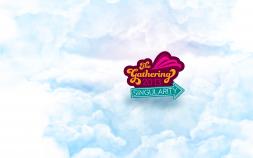 Liven up your screen

Our little new years suprise for you. Great TG13 wallpapers for your desktop, tablet and phone. 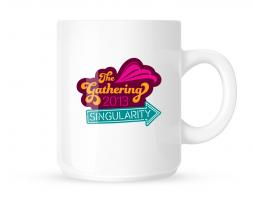 Dec 15, 2012
This year we're bringing you loads of TG13 merchandise that you can show off to your friends with.

The final News Gathering of 2012

The TG magazine, The News Gathering (TNG) is back, read previous editions here. 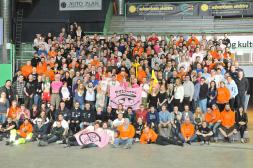 Do you want to make The Gathering 2013 the best TG ever? If you do, you should apply for a crew position.