Mar 31, 2013
Here's the full list of the winners in our creative competitions. We would like to congratulate all the winners!

Mar 30, 2013
The prize ceremony for the creative competitions has been moved ahead, and will start shortly after 23.

Mar 29, 2013
Do you need some new games to play? Now you can try all the games from the NGA Fast Game Development competition! 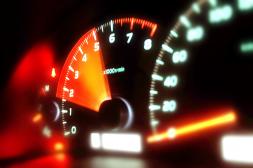 The themes for this year's Fast Intro are Goats, Geisha and Cyborgs. 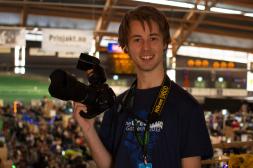 Mar 28, 2013
Do you want to become a better photographer? Join in a photo walk with mentor Kim Kverneland.

Freestyle Video and interview with Fandrem

The small HTML-rules has been changed!

The Hacking compo is released

Mar 28, 2013
The Hacking competition has been released. 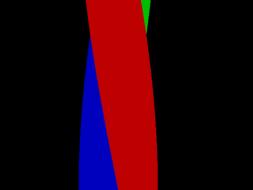 The small HTML task has been released!

The Creative Gathering - Day 1 and 2

So, you're back? Great! The Gathering needs you, and your creative mind!

Guide to the compo system

Mar 27, 2013
If you want to participate and vote in the creative competitions, you need to use our compo system. This article tells you how. 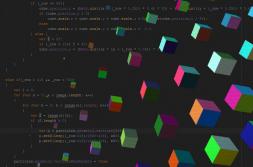 My first experience with the demoscene

This is an article about how I experienced my first meeting with the demoscene, and why you should start doing something creative and get to know the demosceners. Article is in Norwegian only.

Mar 20, 2013
One of the things mostly everyone inside this huge ice skating hall have in common is computer games. And we play them a lot. But have you ever wondered how you can make your own game? Then this article is for you. 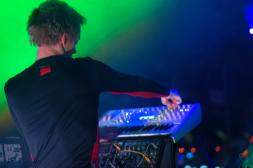 Mar 20, 2013
We’ve been lucky enough to catch up with Alexander Odden, aka. Flipside (and half of the duo Pegboard Nerds), and ask him about his history at The Gathering.

Mar 19, 2013
Can the future's health challenges be solved with games? Here's your chance to be the first to find out! 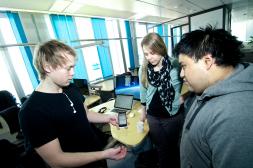 Mar 13, 2013
It's time to wind up your favourite photo editor - the stock photos for the Themed Photo Manipulation compo are here! 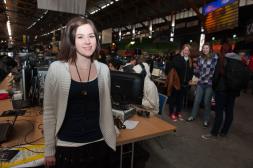 Mar 6, 2013
Would you like to get help from a mentor in The Creative Lounge?

As usual, we will host a vide variety of creative competitions at The Gathering, and we want to give away over 350.000 NOK in prizes! 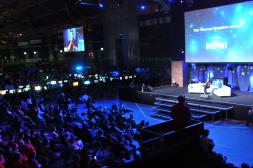 Feb 25, 2013
The list of this year's creative competitions is here, along with prize information and rules. Find a compo YOU can participate in!

During The Gathering 2012, he was nearly decleared genious by movie director Harald Zwart. As the winner of the «Best Director Award», Anders Øvergaard (24) spent a day at his film set.

Feb 11, 2013
Do you want to participate in our graphics competitions? Here are some tips and ideas for you. 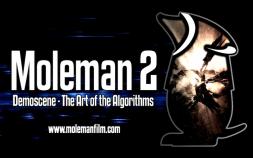 The best music from TG12 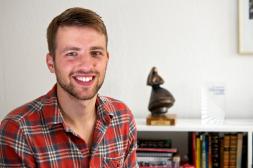