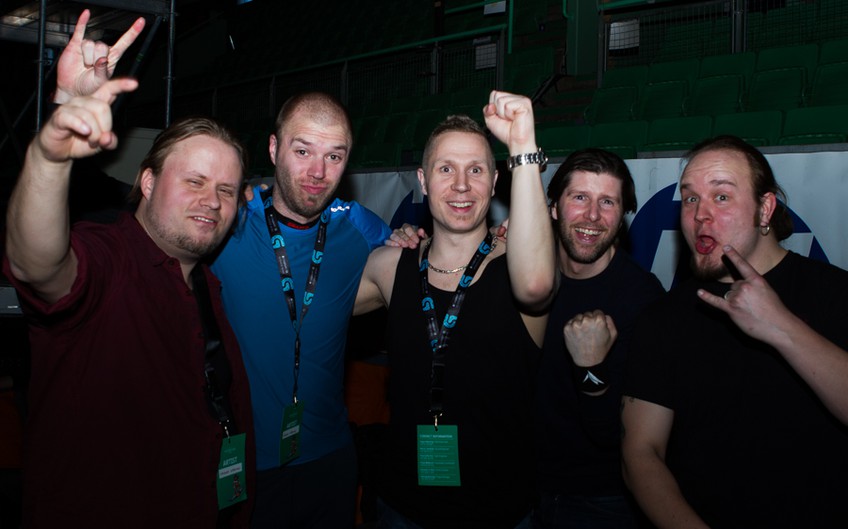 We met a pumped up Machinae Supremacy behind the stage after their soundcheck. The Swedish SID metal band were more than ready for tonight's show.

When asked about their expectations for Thursday night, the band simply replies "awesome". This is their first appearance at The Gathering and while they're not unfamiliar with the Norwegian scene, the gaming scene leaves them with a lot of worries.

Those who find themselves in front of the stage might be surprised. Although none are planned, the band does not preclude any surprises.

- If it happens, it happens. We wish we could have caught some Pokèmons and released them on the stage, but we didn't have enough time.

As for a set list? New and old fans can expect a variety of songs.

- Something old, something new, something borrowed and something blue! We'll play songs from the new album, but some old songs as well.

There's simply no room for disappointment when it comes to tonight's show. Machinae Supremacy promises to deliver, and we're sure they will. Don't miss out - they go on at 21:30.