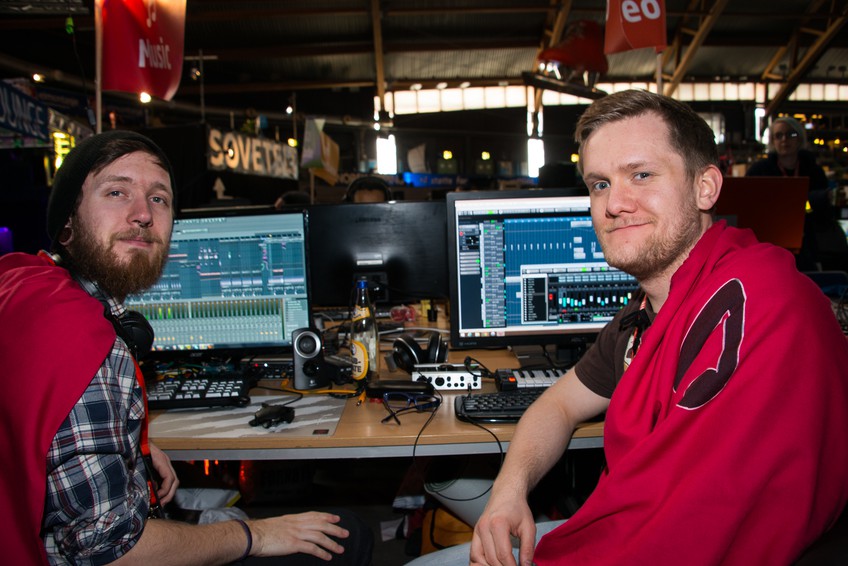 Learn from our mentors!

A list with descriptions of all the mentors can be found here!

Our mentors are here to help you learn everything from coding to music making. Find them near the creative lounge and learn something new!

A list with descriptions of all the mentors can be found here!

Here at the Gathering we’re sporting several mentors within a number of different professions. They are experts on their work and as their title suggests, they’re here to help you learn new stuff. Whether you’re trying to channel your inner musician, or aspiring to be the new Notch; the mentors are here to help. They sit right outside the creative lounge and can be easily recognized with their stylish capes.

Go have a chat with them, that’s what we did!

Starting with Bjørnar Frøyse (25), a game developer at Krillbite Studio. After having studied virtual art and design at Hedmark University College, a school he attended because they taught 3D design, he went on to join Krillbite. Originally on course to work with film, he was approached by the founders of the newly established Krillbite, who attended the same school, to work there as a game developer; and accepted. He’s now very pleased with having met other people who were passionate about games and willing to found a brand new studio.

His advice for newcomers is to find yourself a niche that you like working with, that drives you and that you enjoy. He says that “while it is possible to learn how to do everything by yourself, you’re better off focusing on one particular area and find someone else to do the rest”. So if you like coding, find someone who can do soundtrack, art etc. If you want to find a team to work with, he also encouraged people to attend a Global Game Jam, of which there are four in Norway. The second game developer here at The Gathering is Tim Donks (35). After previously spending 6 years working at Norwegian Funcom, he now works at Deep Silver Dambuster Studios who are currently working on a sequel to the 2011 first-person shooter Homefront. His interest in programming stems all the way back to when he was a kid, learning programming as soon as possible. First hired as an AI designer, he kept accumulating responsibilities and now knows a bit of everything.

He says that times have changed. “Where programmers before would often write code, script and sometimes even design, the professions are now more spread out”. While this means that each profession is more specialized, you should also try to know all professions to a certain degree. In the music branch we’ve talked to two musicians: Kim André Nesset (26) and Joakim Hovde Fossum (28). Kim André says that his interest in music sparked when he got a keyboard at the age of 7. Ever since that, he’s played in several bands and also made solo content. Now playing bass and guitar, and making music electronically. As an educated sound technician he was recommended to apply as mentor after attending The Gathering previously.

Joakim says that he comes from a family with musical background so it’s only natural that he should continue the legacy. When music software first came out for PCs he immediately jumped at the opportunity. First using software called eJay, and then later Fruity Loops (FL Studio) which he has used ever since.

They advise newcomers to find software that they like and spend as much time as possible to learn how to handle it. There’s a ludicrous amount of buttons and levers to learn, so it’s not something you can do by staring at it now and then. Kim André also adds that it doesn’t need to be very expensive, if you have a computer at your disposal, you’ve already come a long way. “There are numerous free programs and resources available; use them!” – He says. They would also recommend using websites such as YouTube.