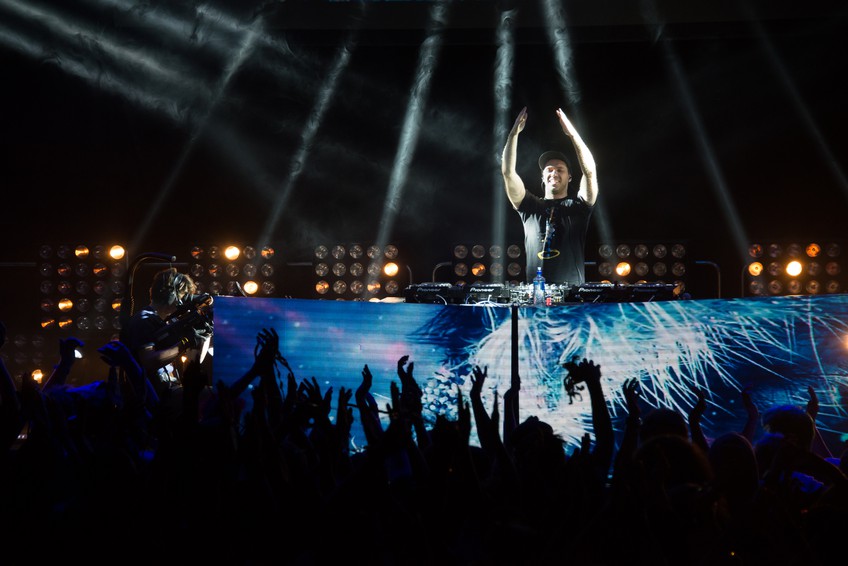 There is no denying it; Miu is at his best when he's home - and home for him is The Gathering.

He's beaming as he walks off after his second encore. If it were up to him, it would never end. And we? We agree. For some, Miu is The Gathering, and rightfully so. He's left his mark and it's here to stay.

It's also important to underline that this is his first show consisting solely of his own material. With visuals as a main priority, Miu himself was very anxious to see the reaction it provoked.

- It's scary. You pretty much destroy yourself for half a year, and this is it. Now I can let go. Now I'm free. I'm so happy; it's a relief.

A missing factor in his show, was the famous character Miu has built; usually playing his entire set wearing his impressive LED mask, but this time it was all him. It makes it all more personal, and also more scary. It's also fitting, as everything this time around is Miu and his team, it is personal. It's only right that he shows us the man behind the mask.

- Everything went according to plan, and better than expected. The Gathering is home for me, it's my thirteenth year. It's a special crowd for me, and they know it.