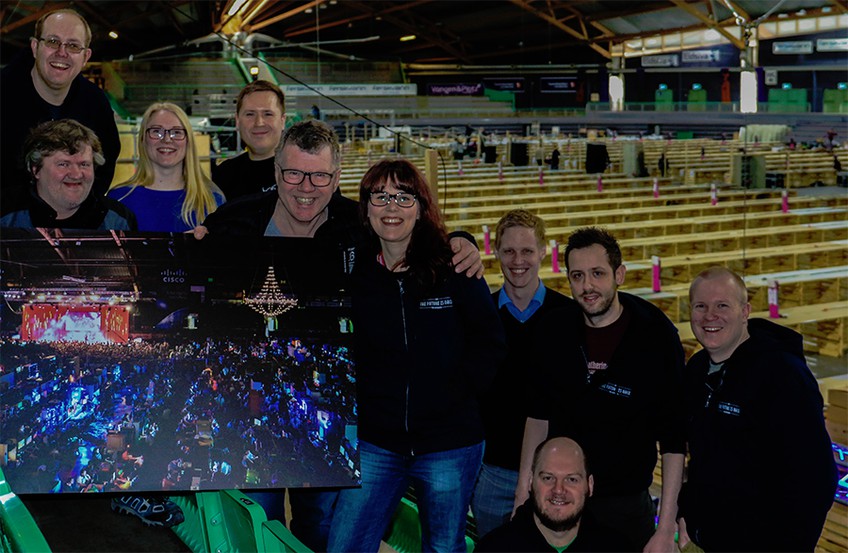 This Easter marks twenty years since The Gathering was arranged in Hamar Olympic Hall for the very first time!

This year, it’s been 20 years since The Gathering took place in the Hamar Olympic Hall for the very first time. Two decades of cooperation was marked by the participants’ ombudsmen handing over a large, scenic photo of the event each to two of the employees at the hall. Knut Sveen, the event consultant at the hall and Tor Arne Pettersen Sommerfelt, a senior production operator.

While celebrating The Gathering and Hamar Olympic Hall’s 20th anniversary, we spoke with the receivers of the photographs. When asked about his thoughts around the anniversary, Sveen responded that “It’s great for the hall and everyone else involved”.

Tor Arne Pettersen Sommerfelt has been here since the beginning and says he still recalls the early days when the number of participants barely exceeded 2,000; a number that has more than doubled since then. Not just the number of participants has evolved though; “technical equipment, mindset and even behaviour have all changed a lot through the last decades. Yet, the base foundation and principles are still the same” – he says.

“While faulty cables and malfunctioning equipment is always a challenge, we’ve been doing this for so long, we know the system in and out, and are well prepared”- Pettersen Sommerfelt said.